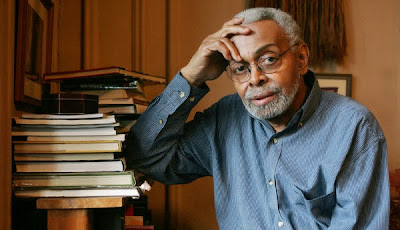 Amiri Baraka, a poet and playwright of pulsating rage, whose long illumination of the black experience in America was called incandescent in some quarters and incendiary in others, died on Thursday in Newark. He was 79.

His death, at Beth Israel Medical Center, was confirmed by his son Ras Baraka, a member of the Newark Municipal Council. He did not specify a cause but said that Mr. Baraka had been hospitalized since Dec. 21.

Mr. Baraka was famous as one of the major forces in the Black Arts movement of the 1960s and ’70s, which sought to duplicate in fiction, poetry, drama and other mediums the aims of the black power movement in the political arena.

Among his best-known works are the poetry collections “The Dead Lecturer” and “Transbluesency: The Selected Poetry of Amiri Baraka/LeRoi Jones, 1961-1995”; the play “Dutchman”; and “Blues People: Negro Music in White America,” a highly regarded historical survey.

Mr. Baraka, whose work was widely anthologized and who was heard often on the lecture circuit, was also long famous as a political firebrand. Here, too, critical opinion was divided: He was described variously as an indomitable champion of the disenfranchised, particularly in the racially charged political landscape of Newark, where he lived most of his life, or as a gadfly whose finest hour had come and gone by the end of the 1960s.