Will Michelle Obama ever run for office? 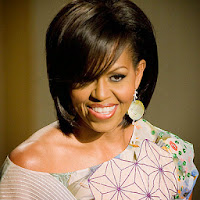 In a recent interview President Obama on on LIVE! with Kelly and Michael said that he was pretty sure his wife would not run for office. One thing I can promise you, Michelle will not run for office,” he said.

I think that would be very sad if true because I had hoped see Michelle Obama running for a House seat or a US Senate seat one day. I think she would be a great congresswoman or senator. She has the tenacity and will to win a campaign and the intelligence and know how to do a great job once elected.

so do you think that President Obama is right and that his wife wont run or could we one day we will see Mrs. Obama running for office?