Segregation gains ground 60 years after Brown v. Board of Ed. 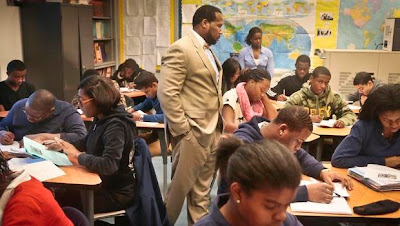 Progress toward integrated classrooms has largely been rolled back since the Supreme Court issued its landmark Brown v. Topeka Board of Education decision 60 years ago, according to a report released Thursday by the Civil Rights Project at UCLA. Blacks are now seeing more school segregation than they have in decades, and more than half of Latino students are now attending schools that are majority Latino.

Project co-director Gary Orfield, author of the “Brown at 60” report, said the changes are troubling because they show some minority students receive poorer educations than white students and Asian students, who tend to be in middle-class schools. The report urged, among other things, deeper research into housing segregation, which is a “fundamental cause of separate-and-unequal schooling.”

Although segregation is more prevalent in central cities of the largest metropolitan areas, it’s also in the suburbs. “Neighborhood schools, when we go back to them, as we have, produce middle-class schools for whites and Asians and segregated high-poverty schools for blacks and Latinos,” Orfield said.

Housing discrimination — stopping or discouraging minorities from moving to majority-white areas — also plays a role in school segregation and “that’s been a harder nut to crack,” said Sherrilyn Ifill, president of the NAACP Legal Defense Fund, which argued the Brown case in front of the Supreme Court.

Read the report: Brown at 60 Great Progress, a Long Retreat and an Uncertain Future

Labels: a Long Retreat and an Uncertain Futuresegregation in education, black students, Brown at 60 Great Progress, Brown vs Board of Education, education, latino students, segregation