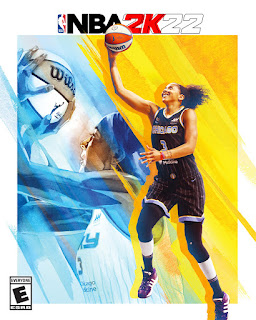 Parker commented on being chosen for the cover of the WNBA 25th Anniversary Special Edition of the game, saying:

"The cover of NBA 2K is such a pivotal platform to inspire young ballers, and I wanted future WNBA stars to know that they can be cover athletes too. Representation matters, so this is a special moment of progress for the sport and the series. To be part of this historic cover is a testament to the growth and rising popularity of the women's game, and I'm proud to be the first female cover athlete to be the face of NBA 2K."