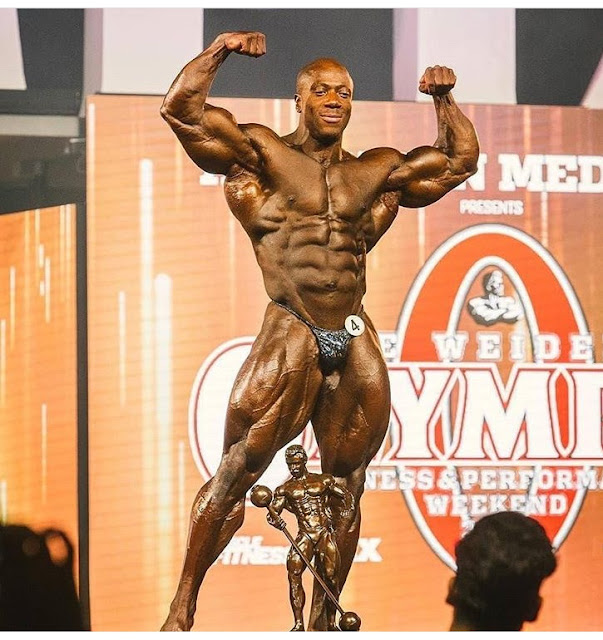 Shawn Rhoden wasn't on the radar of many to win the 2018 Mr. Olympia due to his backsliding to a 5th place finish in 2017, his inability to compete at the 2018 Arnold Classic due to illness, and his lack of progress pictures and videos on social media. There was an assumption made that the Jamaican wasn't in peak shape. That assumption was proven wrong as Flexatron won the 2018 Mr. Olympia triumphing over 7X champ Phil Heath.

Rhoden earned a $675,000 payout, the largest in the history of the Mr. Olympia competition.

At 43 years old he ties the record for oldest bodybuilder to win the Olympia with Chis Dickerson.

The top 5 finishers were: