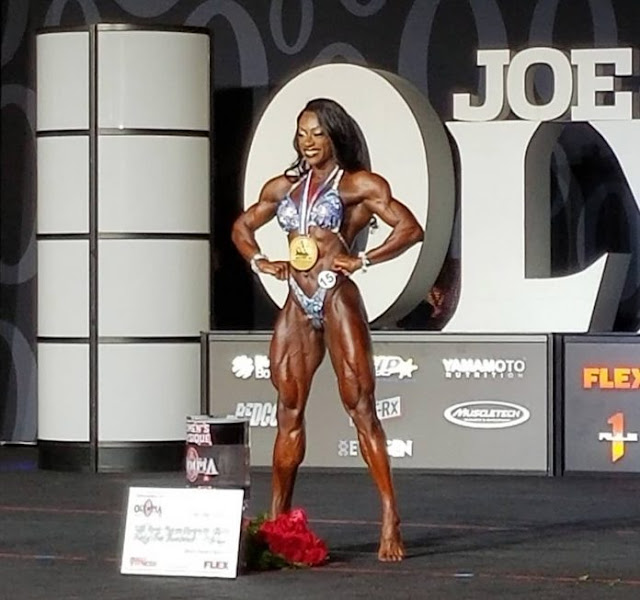 After taking first in 2016 and 2017 at the New York Pro competition, Shanique Grant's Olympia dreams were derailed after a vicious attack that left her unable to compete in the 2017 Olympia Women's Physique competition.

Grant didn't let that incident stop her dreams. She overcame adversity, worked even harder in 2018, then stepped onto the Olympia stage for the first time and won her first of what could be many Women's Physique Olympia titles.

The Chicago Illinois native won $35,000 for her first place finish.

Posted by Councilman George L. Cook III at 10:17 AM