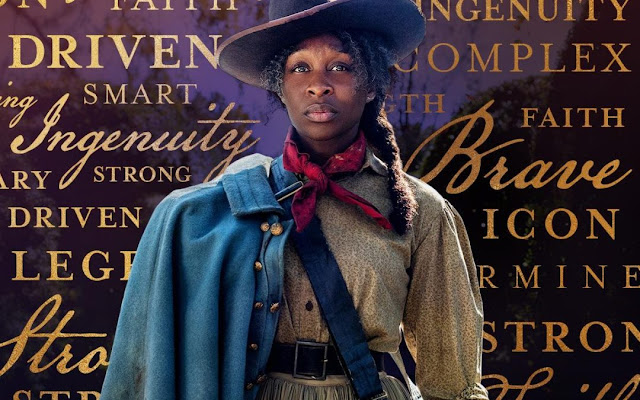 Debra Martin Chase, as well as the cast and crew of the Harriet Tubman movie, Harriet, all have reason to celebrate this weekend

Despite an online movement to hurt the films opening weekend Focus Features Harriet over performed and beat predictions of an $8 million opening weekend by opening with $12 million.

The movie opened in 4th place at the box office but with a budget of $17 million should wind up being very profitable. In comparison, Spike Lee's BlackKklansman had a $10 million opening and went on to gross $48.7 million.

The film boasts a rare A+ Cinemascore from audiences, signaling the historical drama could continue to benefit from positive word of mouth. Older female moviegoers drove inaugural sales: 62% were women, and 59% were over the age of 35. African Americans accounted for nearly 50% of ticket buyers.

Another factor helping Harriet going forward is that it’s doing well with older movie goers who tend not to come out on opening weekend, but in the following weeks. So the movie should do well next weekend as well.

Harriet has a 98% rating on Rotten Tomatoes and an A+ CinemaScore from audience members which bodes well for the film’s future.

Boycott this horrible movie!!! How many pieces of silver were paid!!

Why, specifically? What is the benefit od a boycott?

Whyyy boycott a film made by a black filmmaker and a title character played by a black woman who
By the way did an outstanding job.

But they did exist. Whether ot was Harriet or another slave, they hurt our people. Your stand is petty at its best.

The one thing I can appreciate is the awareness of the movie it bought to me...and after I watch most historical films I like to go and research information for myself once I am inspired by what I see on the screen.

My 33 yr old g/s says the white bounty hunter was. Shown in a more positive light than the blacks

For the American indigenous people that believe they are Afrikans chiefly because of Hollywood. Please do not expect truth from museums, movies, television or the corporate media! Your Elders never told you that you are Afrikan but you have been indoctrinated to not only believe a lie but defend it! Do your own research on this woman don`t believe the same people that produced "Roots" and then hid the fact that it was all just made up!

A black woman who has an open disdain for black americans playing one of the most influential prominent African American women in history is to be celebrated??? The acceptance of disrespect is real in the AA community.

If Cynthia Ervio was a White person that said half the hateful things she said about Black Americans, people would be ready to boycott. If she disrespected the Jewish, LGBT, or any other group the way she had constantly disparaged Black Americans, she would be cancelled.

It is sad to see people who can openly display racism and xenophobia towards the African-American community and still receive support. It seems it is mostly older Black people going to see this film and they may not be aware of the lead actress's sentiments towards Black Americans. Either way, I will not be supporting this film. I will wait for Viola Davis' version of Harriet Tubman to come out. She's a superior actress and is better suited to portray someone as inspirational and heroic as Harriet Tubman, not someone who hates the very group of people Harriet Tubman risked her life for. (I'm looking at you Cynthia Erivo).

Goodness. I'd hate to see what y'all would have to say about a FICTIONAL film called MLK THE VAMPIRE HUNTER lolol. This is NOT A DOCUMENTARY for the love of God! Relax. A BLACK FILMMAKER made a fictional movie. Chillllllll!

Our people really need to read up on our true history because a lots o f these black movies recently is not the true facts. These movies only about make money for their pockets (Actors) should know the true history of the Black American if you going to play the role or be involved. It's just sad how all the these movies they putting out in the theater is making the directors and the cast members richer with the lies of the history's. Black American people read up on your history and know if you going to play the role of the people please do them justice not about putting the money in your pockets.

This film is historically inaccurate and has followed the infamous White Savior Trope yet again. A film filled with propaganda and pure fiction. Harriet Tubman deserves better than what she received from this wildly erroneous film. Will not support.

If you read her history,you would know there were black bounty hunters,in fact her husband turned her in and helped to capture her several times. The movie dealt kindly with him. In reality, he was n lot a nice person!

What and where did she disrespect African Americans? Please point iy out. I've monitored her social media to see just that. I've seen her either ignore the negativuty or rightly defend herself. So please show me otherwise. I doubt Viola will do iy UNLESS she plays the elder Harriet and her role as a scout for the Union Army and fighting in thr Civil war. There is definately doors left open for that.

@Unknown This is a link to her repetitive disparaging comments of African-Americans on Twitter. In one tweet she calls herself using a "Ghetto American Accent" while laughing it up with a White guy she was chatting with on Twitter. She also claimed Black Americans were jealous of Nigerians and she became friends with Luvvie Ajayi (another African who has a history of saying disparaging things about Black Americans).

Best believe if she had said of these things against any other group, her career would be over. Black Americans are always expected to accept disrespect from other racial and ethnic groups and if we don't, we are accused of being hateful and "divisive." Some of you need to do your research on people before you throw your full support behind them just because they are Black like you. Not all skin folk is kin folk. Just because someone is Black doesn't mean they have your back as a Black person.

I'm not supporting someone who hates my nationality and ethnicity just because they are also Black. She is not worthy to play Harriet Tubman and disrespects the very community Harriet Tubman was apart of and nearly lost her life fighting for. Not only that but the film is historically inaccurate and consists of more fiction and made up characters than reality. It does not tell the true story of Harriett Tubman's life at the time. It is filled with propaganda to push a specific narrative onto the masses that choose to go see this film. Harriet deserves so much better than this.

And to add insult to injury, Comcast (corporation backing this film) along with NBCUniversal is teaming up with Donald Trump’s Department of Justice to eviscerate and dismantle a civil rights statute in the U.S. Supreme Court. There is a lot of mess going on behind the scenes that a lot of people are not aware of that they should be.

So i followed the link. Read the posts. STOP THE NOISE!!!Is there a ghetto african Americam accent????? Yes. So what if it was said to a white guy, its still a fact. Just because she takes pride in her nationality doesn't mean she hates black Americans. If i, being from Tennessee, heard a southern accent in Jamaica id say so too! Shes not disrespected anyone except for the ones like you who feel everyone should bow dowm to Americans. Put your own noose around around your own neck. You're still a second class citizen in this country. Put your energy toward changing that instead of letting this beautiful black woman be GREAT. Whatever comcast amd nbcu is doing with Trump has nothing to do with CYNTHIA! They will have to get Trump out of prison to do anything. Worrying about what white massa gone do has got you blaming your sister fearing massa. Stop hanging yourself.

Again, this is not a Biopic. Who didnt know that her spells were casued by being hit in the head? I could see if they said it was for some other reason but it doesnt! It states the truth and it doesnt matter when its told in the movie. At best you are reaching. The writer determins when a fact is added.....as long as its added. A 2hr movie is not going to TELL her story detail by detail. Rediculous!!