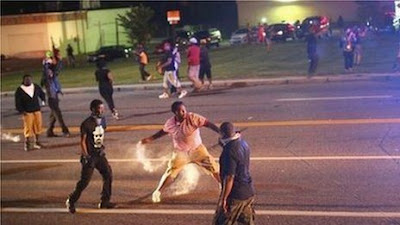 [SOURCE] Missouri Gov. Jay Nixon has called out the National Guard after another night of trouble in Ferguson, Missouri.

Nixon's office announced early Monday that, "A day of hope, prayers, and peaceful protests was marred by the violent criminal acts of an organized and growing number of individuals, many from outside the community and state, whose actions are putting the residents and businesses of Ferguson at risk. ... Given these deliberate, coordinated and intensifying violent attacks on lives and property in Ferguson, I am directing the highly capable men and women of the Missouri National Guard to assist ... in restoring peace and order to this community."

There was no immediate indication of how many guard personnel would be involved.