Three very good reasons for the militarization of local police 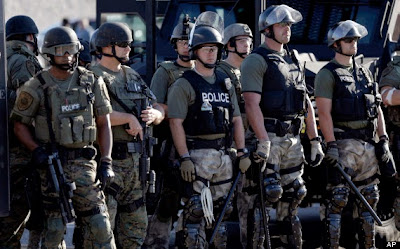 Many seem to be a bit peeved about the slight over reaction by the Ferguson Police Department during protest over the death of Michael Brown. There has been a huge outcry about the militarization of local police. A few people are upset because police in the United States looked like Russian thugs instead of cops. But to all of you people out there crying I know of three instances where you would be happy that the police were packing military style weapons, vehicles, and gear. Now if you just put your brain and your common sense to the side I'm sure that you will agree that police looking like f*cking storm troopers can be a good thing. So here are the three really good reasons for the militarization of local police. 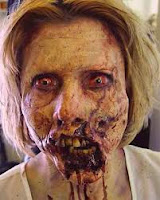 One day the dead will walk. Call them zombies, walkers, living dead, or the walking dead but they only have one name for us, lunch. The only thing standing between the dead and your brain will be your local police force.

That's right your liberal asses will be happy as well when the dead walk and your local neighborhood police have enough fire power to take on a small country. 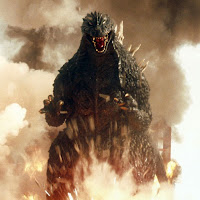 That's right the king of the monsters might be stomping down your street one day killing all your family and friends. When his fire breath is scorching your ass you will be only too happy to see an MRAP or tank rolling down Main Street.

Those are three very good reasons to have a militarized police force. So what you got to say now?