Mo'Nique: I Was "Blackballed" After Winning My Oscar 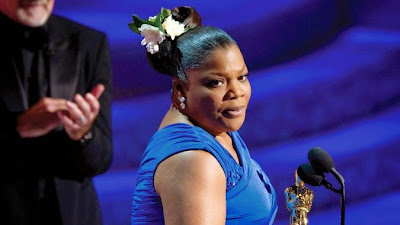 The 2010 best supporting actress winner for 'Precious' — who refused to campaign for her award — says she was told by her director Lee Daniels that the perception is she's "difficult" and "tacky," and she's lost out on several roles as a result.

At the 2010 Academy Awards, Mo'Nique wore white gardenias in her hair — just as Hattie McDaniel had in 1940 when she became the first African-American actress to win an Oscar. The Precious star later thanked McDaniel in her best supporting actress acceptance speech "for enduring all that she had to, so that I would not have to." As The Hollywood Reporter recognizes the 75th anniversary of McDaniel's historic win, we speak at length with Mo'Nique about her debt to her movie-star idol, her memories of her own Oscar night and the dramatic turn her career has taken in the five years since. As director Lee Daniels put it to her in a recent phone call, "Mo'Nique, you've been blackballed."

Read more: Mo'Nique: I Was "Blackballed" After Winning My Oscar