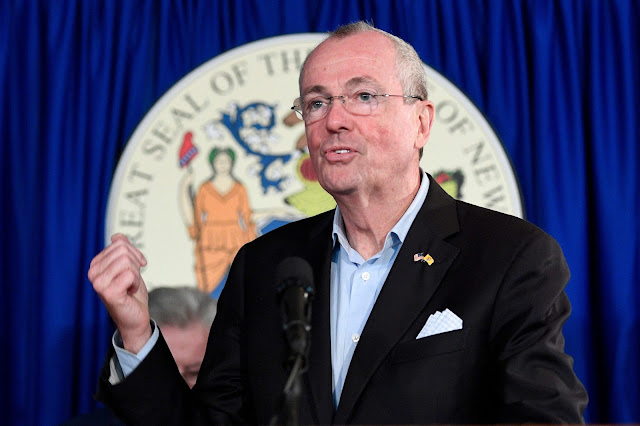 Governor Phil Murphy has signed legislation (A1906), which would amend current law to include false incrimination and filing a false police report as a form of bias intimidation. The bill also establishes crime of false 9-1-1 call with purpose to intimidate or harass based on race or other protected class.
“Using the threat of a 9-1-1 call or police report as an intimidation tactic against people of color is an unacceptable, abhorrent form of discrimination,” said Governor Murphy. “This irresponsible misuse of our 9-1-1 system places victims in a potentially dangerous situation, and can erode trust between Black and Brown New Jerseyans and law enforcement. Individuals who choose to weaponize this form of intimidation should held be accountable to the fullest extent of the law.”
"Over the past two years we've worked hard to build and strengthen trust between communities and law enforcement, and this law will help us further racial justice while keeping our residents safe," said Attorney General Gurbir S. Grewal. "Not only is falsely calling 911 a form of intimidation against people of color that places its victims in danger, it interferes with 911 emergency operators trying to save lives and puts law enforcement at risk. This law demonstrates New Jersey takes addressing racial bias incidents seriously."
In a joint-statement, Assemblymembers Benjie Wimberly, Yvonne Lopez, Verlina Reynolds-Jackson, and Cleopatra Tucker said:
"With the ongoing protests further highlighting the turbulent relationship between police officers and the black community, the insidious threat of a false 9-1-1 call or police report has never been clearer. We cannot allow anyone to call the police or file a report against someone simply because they do not like the victim’s race, gender, religion or some other identifier. The police are not personal enforcers to be called whenever someone’s identity offends you – they are to be called in the event of a true emergency. Today, our state makes it clear that this intimidation will not be tolerated here.”
"Calling the police when no crime has occurred can be incredibly dangerous for victims of this attempt at bias intimidation, since officers have wide latitude to detain people in ways that can quickly escalate into life and death situations,” said Senator Nia Gill. "The adoption of this law moves us one step closer to ensuring that New Jersey’s police are not weaponized for purposes of bias intimidation, and those who attempt to do so will be held accountable under this law."
“As our country finds itself in the grips of racial and social unrest, those who seek to weaponize and enflame these tensions should be held accountable,“ said Senator Troy Singleton. “Not only are false 9-1-1 calls a waste of resources, but when they are used to harass or intimidate someone based on their race, religion, sexuality or other protected classes, they risk escalating it into a potentially deadly situation. Under this new law, anyone who files a false police report will be subject to criminal penalty.”
“We have seen, time and time again, the immense physical and emotional impact of weaponizing the police against Black and brown individuals. No one should fear having the police called on them simply because they are walking their dog, barbequing with friends or asking a fellow New Yorker to follow the law," said Senator Shirley Turner. "I am grateful Governor Murphy saw the value in criminalizing this dangerous tactic and I hope other states will follow suit."

Posted by Councilman George L. Cook III at 6:08 AM