Are we as black people our own worst enemies? 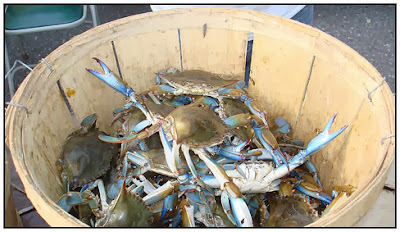 I'm sure that most of you have heard the "crabs in a barrel" analogy. If you ever watch crabs in a barrel you will notice that whenever one tries to climb out the others pull it back. For years many have said that this is what happens in the Black Community. Sadly it seems that it may only be getting worse.

But if you stop and think about it how many times have you been attacked or stymied by someone who looks just like you? As a matter of fact I'll bet that most of you can honestly say that the most vicious attacks on you came from one of your own. In many ways we are our own worst enemies.

There are the not so subliminal messages in our own music and in books that degrade us. Books and music that we write, sing, and produce depicts our men as thugs and deadbeat fathers. Our women as depicted as oversexed gold diggers with bad attitudes. You can argue that the entertainment business forces authors and singers to put out that garbage if they want deals but at the end of the day it's the black authors and singers that produce it.

There are far too many that fight with our own that reach positions to help us whether through elected or appointed office. We will support an individual to get into a position and then not two or three months later turn on that same person we fully supported. The leaders of those detractors will claim that the person is not moving fast enough or not doing what it is what they want when in reality they want that person's spot. They want to be the one on top. Crabs in a barrel.

We complain about the educational systems in our communities but then don't attend PTA or school board meetings. We don't care enough to learn or see first hand what is going on in our schools. Sadly many parents only come to school when a child has gotten into trouble. Because of this parents hear second or third hand information that is just plain wrong or doesn't include all of the facts.

We become upset and complain about the all too real attempts at voter suppression but then downplay the fact that there are a good number who simply can't vote because they are not registered. I'm talking about people that have no impediments to get registered they simply have not or will not register. Any attempts to create to a strong voting block that supports the issues of a particular group are stymied because of that. We came out for President Obama but what about coming out for mayor, councilman or trustee, and school board elections? Those are the positions that effect our daily lives the most.

We can come together for issues that gain national attention such as the Jena Six or the Trayvon Martin case. We have shown that we know how to organize. We know what to do and have ideas on how to get things done buy always run into fights over who gets to be the chief and who gets to be the Indian. Can you think of a sadder reason for us not to get ahead? There will always be outside forces that we can't control but when will we get our own stuff under control?

When will we stop acting like crabs in a barrel?