Are charter schools adding to desegregation in the United States? 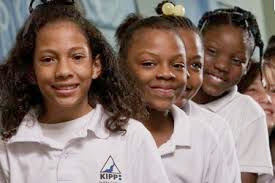 As the nation marks the 60th anniversary of the Supreme Court's landmark Brown v. Board of Education decision Saturday, single-race classrooms are getting a fresh look from education researchers alarmed by what they see as a second segregated public school system piling atop the first.

About 5% of U.S. students attend charter schools, which began as a late 20th-century attempt by educators and entrepreneurs to create what they believed to be higher quality, more innovative alternatives to public schools.

With the Obama administration's blessing and start-up money behind it, charters are poised for further exponential growth. The problem with that, critics say, is that charter systems pay more attention to student achievement than to racial diversity when both are important.

Charter advocates counter by listing a number of limitations on their recruitment, including the facts that they typically draw from already-segregated traditional schools and that school choice means just that — parents don't have to pick them. At the same time, there's a new movement to open charter schools that emphasize both achievement and racial balance.

This week, ahead of Saturday's anniversary of the high court's 1954 ruling that forced integration of public schools, renowned UCLA desegregation researcher Gary Orfield released a report on the state of racial balance in U.S. schools. The segregation of Latino students has soared, the report finds, with black and Latino students most likely to share poor schools and white and Asian children more likely to share middle-class ones.

That's the fallout from the 2007 Supreme Court decision ending the practice of assigning students to schools based on race, and federal courts dropping oversight of school districts' desegregation plans, the report says. But Orfield insists charter schools should seek diversity — and states should enact laws that make them do so — by recruiting by socioeconomic status that often follows racial patterns. It's important because a half-century of research shows segregation robs children of opportunity, he says.