Attorney Cornell Brooks to be new leader of the NAACP 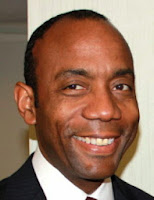 Cornell William Brooks, an attorney and minister from Northern Virginia, will lead the nation's oldest and largest civil rights organization at a time when the NAACP is experiencing a resurgence in influence and recruitment but struggling with budget issues.

Brooks, whose appointment was announced Saturday, becomes the 18th person to oversee the Baltimore-based group, which includes more than 2,000 local units nationwide. As CEO, the 53-year-old Brooks follows Benjamin Jealous, whom many credit for helping to modernize the NAACP and return it to prominence.