Is it too risky for NBA players to play on their national team? 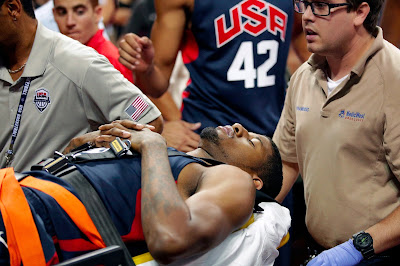 I've sure by now that all basketball fans have seen the season ending injury suffered by Paul George during a scrimmage between squads from the US Team. Until now a serious season ending injury for a player representing their country had been a "what if", now it's a reality. Some owners like Marc Cuban have been vocal in not wanting to have their players play for the national team. Some players opt out for safety reasons or just to rest up after a long season. Other players feel that it's an honor and can't wait to represent their country. My question to you all is should players suit up for their national team and risk injury?