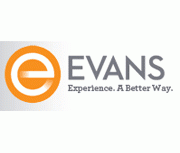 A bank refused to offer mortgages to African-Americans living in Buffalo, New York's attorney general said in a lawsuit that he said was part of a wider investigation into an illegal practice known as redlining.

Evans Bank violated fair housing and discrimination laws by intentionally denying services and products to Buffalo's east side, home to more than 75 percent of the city's African-American population, the federal lawsuit alleges.

The bank's president, David Nasca, called the accusations "meritless." He said Evans, which has 13 branches in western New York, will vigorously defend itself.

"We remain confident that our residential lending practices meet all applicable laws and regulations," Nasca said in a statement emailed to The Associated Press.

Attorney General Eric Schneiderman's lawsuit alleges that Evans used a map to define its lending area that excluded the city's east side. The company is also accused of refusing to market its loan products or locate its branches in the area.

Schneiderman said the lawsuit is part of a wider investigation by his office into redlining, in which a lender denies access to mortgages or charges more in certain neighborhoods based on race.

Posted by Councilman George L. Cook III at 10:53 AM