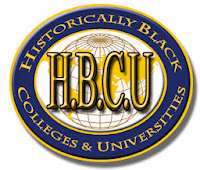 Black college educators and supporters are sharply split over whether President Obama’s proposal to offer a free two-year community college education to students making progress toward earning an associate or bachelor’s degree would hurt are harm Historically Black Colleges and Universities (HBCUs).

Lezli Baskerville, president and CEO of the National Association for Equal Opportunity in Higher Education (NAFEO), a nonprofit network of Historically Black Colleges and Universities (HBCUs) and Predominantly Black Institutions (PBIs), including community colleges, said that for students who have a gap in funding or choose to go to a two-year institution and don’t have adequate funding, America’s College Promise would create another opportunity for them.

“We are trying to make sure that students that want to go and get a technical certification or some training to get their foot in the door, can do that,” said Baskerville. “We also want to incentivize and facilitate students who want to get a four-year degree doing that, especially low-income students for whom options are very, very limited.”

“If they’re going to a four-year HBCU they’re going because they appreciate the ethos of historic Black colleges that are built on the traditions of the African American community of family, faith, fellowship, service and social justice.”