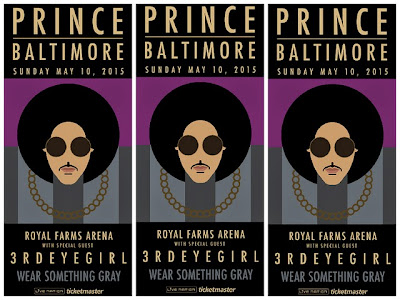 [SOURCE] Prince will play a surprise "Rally 4 Peace" concert at Royal Farms Arena in Baltimore on Sunday, following the unrest last week over the death of Freddie Gray.

Other music stars are expected to join Prince and his 3RDEYEGIRL band at the Mother's Day concert, which they hope will be a "catalyst for pause and reflection following the outpouring of violence that has gripped Baltimore and areas throughout the U.S.," the announcement said.

Tickets for the show, which was announced Tuesday night, go on sale at LiveNation.com Wednesday at 5 p.m.

"As a symbolic message of our shared humanity and love for one another, attendees are invited to wear something gray in tribute to all those recently lost in the violence," the announcement said.

According the press release, Prince will also take this opportunity to give back to the city hosting him. "A portion of the proceeds will be directed to the benefit of local Baltimore based youth charities," according to the announcement.