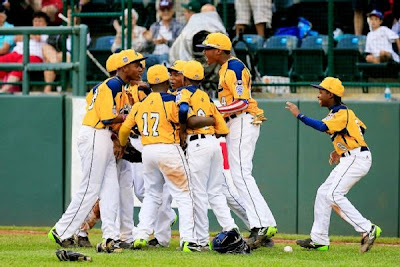 With all of the negative news coming out of Chicago especially when it comes to young black men killing each other it's nice to report on a group of young men doing something positive.

A team from the south side Chicago made up of all black players beat a team from Nevada 7-5 today to become the US Little League Champions. They next face a team from South Korea for the world championship. Congratulations on the teams victory and good luck in the Little League World Series Championship game.