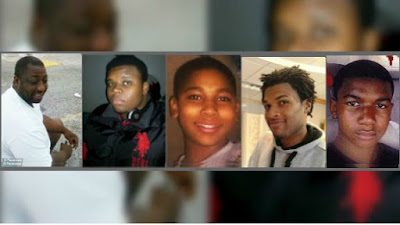 The police killings of unarmed black men like Eric Garner, Michael Brown and, most recently, Sam Dubose at a July 19 traffic stop at the University of Cincinnati, have enraged many and baffled more. Why did Cleveland police shoot and kill 12-year-old Tamir Rice last year? How did self-styled block watch patrolman George Zimmerman decide to shoot and kill teenager Trayvon Martin, who was armed with nothing but a bag of candy on that night in 2012? These outrages have caused demonstrations, urban unrest, more violence and a larger sense that something has gone wrong in the nation’s race relations.

Besides outright racism, what motivates the overreaction of law-enforcement and vigilantes who have left these men dead?

A social psychologist at Wellesley College who studies diversity and friendship, Angela Bahns, has recently completed research that helps to explain part of the puzzle: It shows that people can imagine a sense of threat — a threat serious enough to justify violence — even with no real evidence besides their own stereotypes. And the stereotypes, the research suggests, are the root causes of the violence.