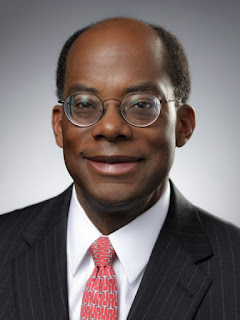 Google parent company Alphabet is adding finance chops and diversity to its board with the appointment of economist Roger Ferguson.

Ferguson is the first African American to serve on the board of Alphabet and Google, marking a major milestone in Google's effort to bring more diversity to the technology industry.

Ferguson will serve on Alphabet's audit committee. With his appointment, he receives a $1 million equity grant, according to a filing with the Securities and Exchange Commission.