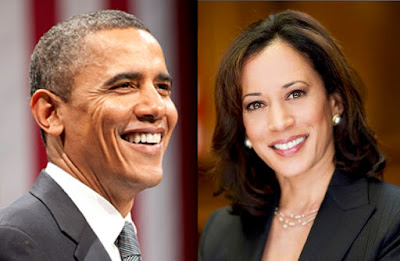 In a major development in the California U.S. Senate race, President Barack Obama and Vice President Joe Biden endorsed Kamala Harris this morning, citing her record standing up to powerful interests and delivering victories for California families as a prosecutor.

I am proud to endorse Kamala Harris for United States Senate because I’ve seen her work. Kamala is a lifelong courtroom prosecutor with only one client: the people of the State of California. That’s the approach she’ll take to the United States Senate.

Kamala’s experience has taught her that if you’re going to give everybody a fair shot, you’ve got to take on the special interests that too often stand in the way of progress. As Attorney General, she fought the big banks that took advantage of homeowners across the country – and she won. She cracked down on transnational gangs exploiting women and children – and she won. She took on big for-profit colleges that were swindling students and leaving them with a lifetime of debt and a worthless degree – and she won. She took on big oil companies to defend California’s beautiful coast and its landmark law to fight climate change – and she won. Her leadership helped ensure the right of all Americans to marry the person they love. And throughout her lifetime as a prosecutor, Kamala Harris has been a leading voice for criminal justice reform, challenging old dogma and insisting we be “smart on crime” by ending mass incarceration.