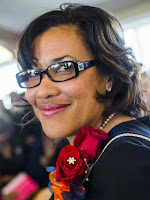 Upon hearing the news that Trump will visit her city, Flint Mayor Karen Weaver, who has endorsed Democratic presidential candidate Hillary Clinton, issued a statement, saying "Flint is focused on fixing the problems caused by lead contamination of our drinking water, not photo ops."

More from the statement issued by Mayor Weaver's office:

Mayor Weaver went on to point out that neither Donald Trump nor any staff members from the Trump campaign have ever reached out to her since the Flint water crisis was officially recognized as an emergency in December 2015, and he never let her know that he was coming to the city this week.

The statement said workers at the Flint water treatment plant "cannot afford the disruption of a last-minute visit,".