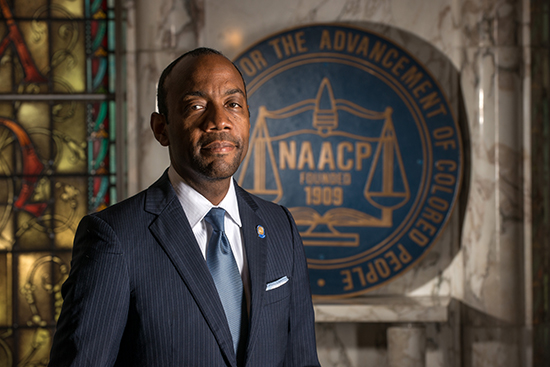 NAACP President Cornell William Brooks to Join Protests at Sessions’ Mobile, AL Office Jan 3
Protests at Five Offices in Alabama Scheduled
MOBILE, AL—NAACP President and CEO Cornell William Brooks will join with local Alabama chapters of the NAACP for a statewide protest against the nomination of Senator Jefferson Beauregard Sessions III for U.S. Attorney General.
Alabamians Against Sessions for Attorney General will include five protests at the five Alabama offices of Sessions, located in Mobile, Huntsville, Dothan, Birmingham and Montgomery.
“As a matter of conscience and conviction, we can neither be mute nor mumble our opposition to Senator Jefferson Beauregard Sessions becoming Attorney General of the United States.  Senator Sessions has callously ignored the reality of voter suppression but zealously prosecuted innocent civil rights leaders on trumped-up charges of voter fraud. As an opponent of the vote, he can’t be trusted to be the chief law enforcement officer for voting rights,” said NAACP President/CEO Cornell William Brooks.
President Brooks will be joined at a January 3 press conference and protest at Sessions’ office in Mobile by Alabama State Conference President Benard Simelton and Mobile Branch President Lizetta McConnell.
“Despite 30 years of our nation moving forward on inclusion and against hate, Jeff Sessions has failed to change his ways,” said Alabama State Conference President Benard Simelton. “He’s been a threat to desegregation and the Voting Rights Act and remains a threat to all of our civil rights, including the right to live without the fear of police brutality.”
The press conference featuring NAACP President Cornell William Brooks, Alabama State Conference President Benard Simelton and Mobile (AL) Branch President Lizetta McConnell will take place in Mobile, AL on January 3, 2017 at 11 a.m. at the Office of Senator Jefferson Sessions, 41 West Interstate 65 Service North, Mobile, Al 36608
“Some of us in Alabama recall, Senator Sessions saying he liked the Klan,” said Mobile Branch President Lizetta McConnell. “He said it was a joke, but saying something like that while discussing a case where the Klan murdered a young black man says a lot about a person. We need someone who realizes that attorney general has got to actually care about the people’s rights he’s protecting and not just doing it because it’s his job.”
Local members of the NAACP will hold multiple Press Conferences around the state on January 3, 2017 at four of Sessions’ other district offices: