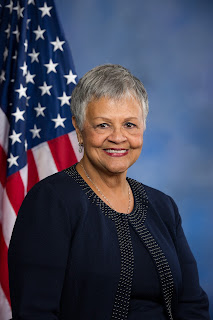 Rep. Bonnie Watson Coleman has no plans to let a $500 fine get in the way of a protest.

Coleman called on House Speaker Paul Ryan (R-Wis.) and other GOP lawmakers to "bring your fines" because she'll "keep on fighting" after news of a plan to pass a rule that would fine lawmakers for using electronic devices to transmit from the House chambers surfaced this week.

Coleman (D-12th Dist.) tweeted the rebuff of the proposed rule change, which was spurred by a July protest in the House chamber on gun safety that Coleman helped organize.

I will not let @HouseGOP & @SpeakerRyan keep Americans in the dark. Bring your fines; I'll keep on fighting. https://t.co/3eUj3V905D

The tweet was a reaction to news that House Republicans next week plan to take steps to prevent Democrats from again taking over the chamber and broadcasting their protests.

The fine would be $500 for the first offense and $2,500 for each subsequent violation. House Republicans could vote on it next week.