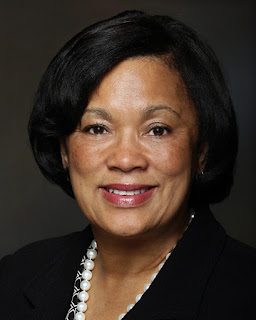 Toni Harp, the president of the African-American Mayors Association — made the following statement vowing to protect immigrants on behalf of “more than 500” black mayors across the country:

“This nation has always been a melting pot of people from different countries, different ethnicities and different races. Rather than celebrating this diversity, the current Administration continues to attack immigrants and people of color, many of whom have spent their entire lives in the U.S. and do not know another home. Nearly 44 million immigrants currently reside in the U.S. Over 20 million of them are naturalized citizens. Thirty six percent of U.S.-born children of immigrants are college graduates— 5 percent higher than the national average —and 64 percent are homeowners, which is on par with the national average. Immigrants are our neighbors, colleagues and friends and are productive members of our society.

“Mayors have an obligation to defend the cities they are elected to serve, and protect society’s most vulnerable citizens. The rhetoric coming out of the White House is disheartening and offensive to the hardworking immigrants living and working legally across the country. The cities we represent are not ridden with gangs, cartels and criminals as this Administration claims. In fact, a 2017 Cato Institute study found that the 2014 incarceration rate for 18 to 54 year-old immigrants — both authorized and unauthorized — was considerably lower than that of the U.S.-born population.

“It’s time this Administration holds itself to a higher standard. This is not a country of racists and bigots. We are a country that proudly houses a diverse population, each with a unique background and story. It is un-American to attack immigrants and the people seeking to protect them. We stand with the hundreds of mayors who want their cities to remain safe places for immigrants to call home. Our communities will continue to safeguard American values, and remain welcoming places for all, for the sake of our security and our national character.”