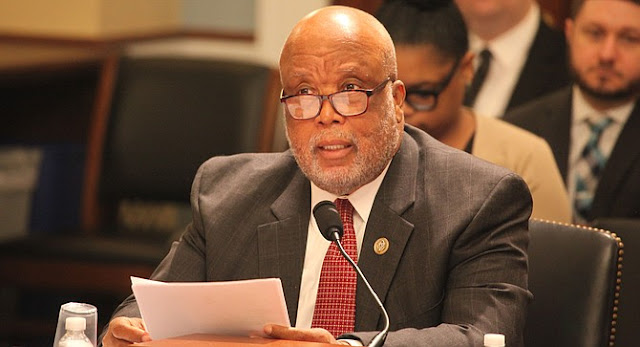 A proposal in Congress would require 50 percent of each incoming class at the Coast Guard Academy to come from a pool of congressionally nominated candidates.

Thompson, ranking member of the House Homeland Security Committee, which has oversight of the Department of Homeland Security, including the Coast Guard, has for many years pushed for congressional appointments to the academy as a way to increase diversity. Unlike the other military service academies, the Coast Guard Academy has never had congressional nominations or appointments.

"When you chart out where cadets are from, it's primarily the East Coast and the West Coast. They're sparsely represented in the other parts of the country," Thompson said by phone Tuesday.

The academy's Superintendent Rear Adm. James E. Rendón responded with a written statement saying, "One of the main goals in our strategic plan is to further the important work we have been doing to cultivate a supportive and inclusive environment at the Academy. So we look forward to working with members of Congress to continue to diversify our Corps of Cadets who will soon be the future leaders of our service."

Women make up 40 percent of the incoming Class of 2022, and minorities make up a record 36 percent. The academy offered 392 appointments for the Class of 2022. That was out of 2,045 prospective students who completed an application. Of the appointments offered, 281 were accepted.

Thompson's bill would allow each member of Congress to nominate up to three candidates to attend the academy. The academy would chose half of its incoming classes from that pool of candidates, and the other half under its current admissions process.

The proposal also calls for a plan to improve retention and recruitment of cadets, faculty and staff of diverse backgrounds. It would formally authorize an existing program the academy uses to help recruit and retain minority cadets. Those efforts led to the largest number of black cadets — 18 — to graduate from the academy this past spring. Formalizing the program, known as the Academy Minority Outreach Team, would "ensure permanent leadership and that leadership has authority in law to get things done," Thompson said. Right now, the work is being done largely on a volunteer basis.