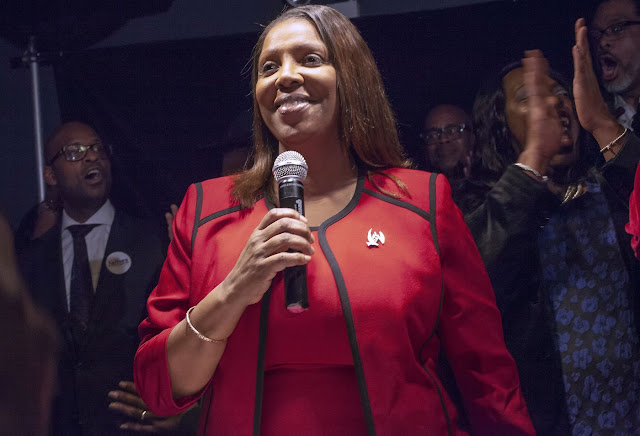 Letitia James was overwhelmingly elected as the attorney general of New York on Tuesday, shattering a trio of racial and gender barriers and placing herself in position to be at the forefront of the country’s legal bulwark against the policies of President Trump.

The victory follows a rugged political season that arose after the surprise resignation of former attorney general Eric T. Schneiderman, following charges that he physically abused multiple women. Ms. James will succeed Barbara D. Underwood, who was appointed by the State Legislature in May to complete Mr. Schneiderman’s term.