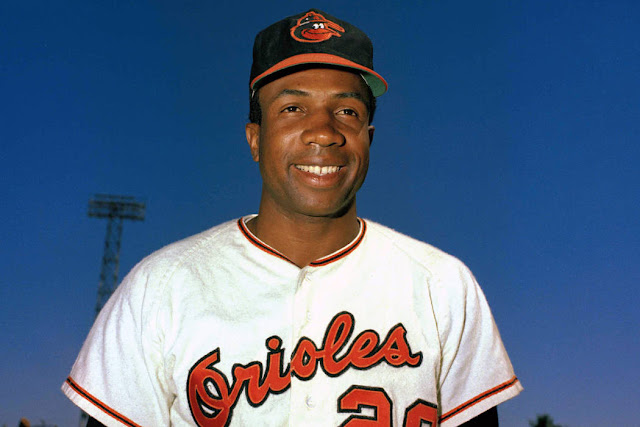 Frank Robinson, the first African-American manager in Major League Baseball and the only player to win MVP in both leagues, has died at age 83, MLB said Thursday.

An outfielder and first baseman, Robinson was inducted into the Baseball Hall of Fame in 1982 in his first year of eligibility.

A fearsome hitter, Robinson ranks 10th on the career home runs list with 586. He won the Triple Crown with the Baltimore Orioles in 1966 and became the first black manager in MLB history in 1975 with the Cleveland Indians.

He also served as MLB's executive vice president of baseball development, with his focus on increasing African-American participation in the sport. He later served as a senior adviser to commissioner Rob Manfred.

Posted by Councilman George L. Cook III at 4:33 AM