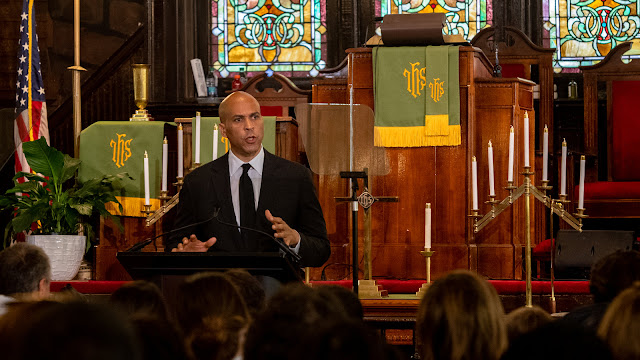 Just days after a string of shootings throughout the U.S., Democratic Presidential Candidate Sen. Cory Booker spoke Wednesday at Mother Emanuel AME Church in Charleston, where nine people were killed in a racially motivated shooting in June 2015.

Booker's speech focused in part on the rise of hatred and white supremacy, which he feels are driving recent violent attacks, like the ones in Dayton and El Paso. Watch his speech below.