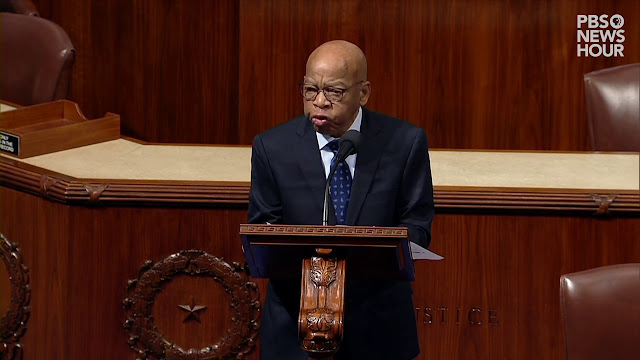 Rep. John Lewis,(D-GA 5th District) , called for the start of an impeachment inquiry into President Donald Trump during an impassioned speech on the House floor. Lewis, who has until now withheld judgment on whether to begin impeachment proceedings, said delaying the inquiry any further “would betray the foundation of our democracy.” “I have been patient while we tried every other path and used every other tool,” Lewis said, but added that lawmakers would “never find the truth” unless the House uses the Constitution to begin an investigation into the president immediately.

Posted by Councilman George L. Cook III at 4:43 AM