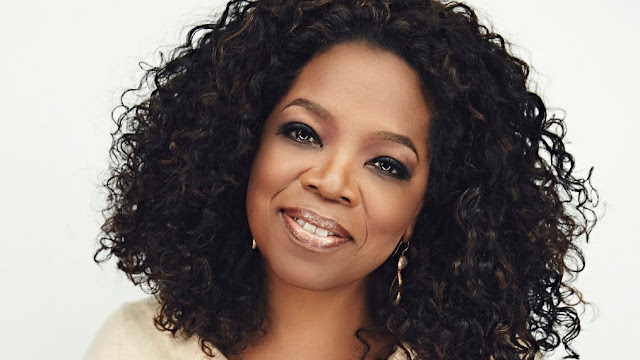 Philanthropist Oprah Winfrey visited Morehouse College Monday to celebrate the 30th anniversary of the Oprah Winfrey Scholars Program and made a surprise announcement. She donated $13 million to continue the scholarship fund, pushing her total investment to $25 million, which is the largest endowment in the College’s history.

Winfrey made the surprise announcement Monday afternoon, on a day in which she met with 47 Oprah Winfrey Scholars that she welcomed as “sons.” She also attended a special luncheon with Morehouse College faculty and staff, the Board of Trustees, and other dignitaries. An oil portrait was unveiled to honor the philanthropist for her generous support of Morehouse over the years.

Winfrey said she was thrilled that the gift that launched the Oprah Winfrey Endowed Scholarship 30 years ago has touched so many lives. Winfrey said she was especially impressed with the current Oprah Scholars that she met Monday. She pledged to continue to fund the program so it could support the education of future men of Morehouse.

Winfrey said she gave to Morehouse College in 1989 because she believes that the College has a “moral core” and mission to develop servant leaders focused on excellence—something that is similar to the teachings she learned as a child.

“I felt that the very first time I came here,” Winfrey said. “The money was an offering to support that in these young men. I understand that African American men are an endangered species. They are so misunderstood. They are so marginalized.

“Where and when I can lend support to try to change that image, I do,” she stated. “That is what Morehouse is doing. It is saying ‘This is who we really are.’”

Over the last 30 years, the scholarship program has funded the education of almost 600 scholars, giving them opportunities for global experiences that would open their classrooms to the four corners of the world, said Morehouse President David A. Thomas.

An impressive number of Morehouse Men have benefitted from Winfrey’s $12 million initial investment in the program since 1989. Among them are: Mayor Randall Woodfin, a member of the Morehouse Class of 2003, who, at age 36, was elected in 2017 as the youngest mayor of Birmingham; and Oluwabusayo “Tope’” Folarin, a 2004 alumnus who graduated from Morehouse with a perfect 4.0 grade point average became Morehouse’s third Rhodes Scholar, and is now an award-winning writer.

“I’m grateful to Oprah Winfrey for her generosity,” said President Thomas, who referred to the philanthropist as “Dr. Winfrey,” throughout the day. (Morehouse was one of the first colleges to honor Winfrey with a doctorate.)

“I am also feeling hopeful for Morehouse and what it has garnered in terms of philanthropic support with gifts like Oprah’s and Robert Smith’s. I am hopeful that this will also get others to step up with their support of Morehouse, but even more broadly, historically black colleges and universities.”

Nathan Rolle, a senior Oprah Scholar who is majoring in International Studies and minoring in Journalism, said it was an honor to meet the philanthropist who funded his scholarship.

“Getting to meet Ms. Winfrey for the first time in my life, taking an individual photo with her — not a lot of people in the world can say that,” he said. “I’ve looked up to Mrs. Winfrey my entire life. This day is the highlight of my Morehouse experience.”