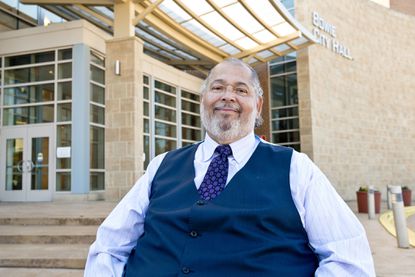 Bowie, Maryland elected its first African-American mayor, Tim Adams. He is also the first person with a physical disability to be elected a mayor.

Bowie, is situated in Prince George’s county which is known as the wealthiest Black county in the United States of America.

Adams is the city’s first new mayor in 20 years and also its first Black mayor. The new mayor has been wheelchair-bound after he was involved in accident years back.

Adams reacted to his election thus: “I think being the first Black mayor of Bowie, in particular, is something that is historic. It’s very humbling.”

Adams is a successful entrepreneur who provides support to customers of the department of defence. He has been a resident of Bowie for 25 years.