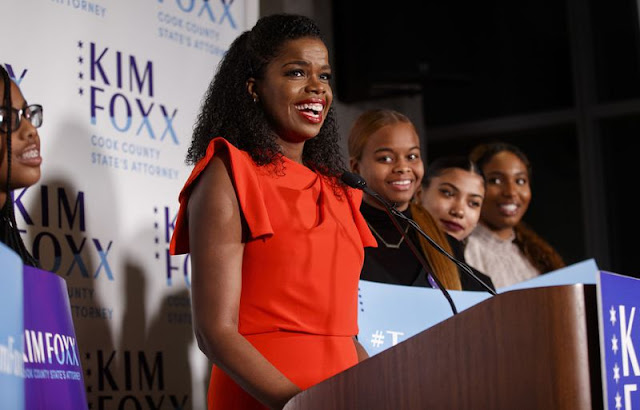 Foxx was surrounded by her husband and four daughters as she took the stage to the sounds of their cheers in a downtown hotel conference room. The space was kept largely empty as a precaution due to concerns over the coronavirus pandemic.

“I want to help make Cook County a more inclusive and thriving community, where everyone is welcome,” she said. “I pledge to keep pushing for that change, that is fair, that is just, that is equitable, that will keep our communities safe,” she said.

With about 85% of precincts reporting at 10:30 p.m., Foxx had 48% of the vote and Conway had 33%. Two other challengers were polling a distant third and fourth.

Foxx is set to face the winner of a Republican primary between former prosecutors Christopher Pfannkuche and Pat O’Brien. O’Brien had a substantial lead as of late Tuesday, winning 73% of the vote with 85% of precincts reporting.