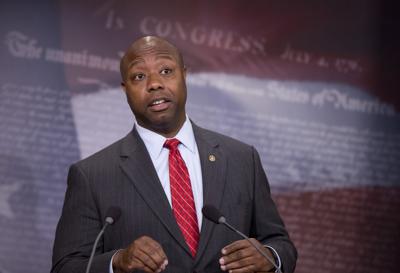 Republican U.S. Sen. Tim Scott voted against a $100 billion stimulus package to blunt the economic impact of the coronavirus that has sent the American economy into a free fall.

The Senate overwhelmingly passed the measure with a 90-8 vote Wednesday, sending it to President Donald Trump who later signed the package.

Though the legislation provides free testing, expands unemployment benefits and provides paid sick leave to some displaced workers due to the COVID-19 virus emergency, Scott, the junior senator from South Carolina, was one of eight Republicans to vote against it.

In a statement released after the vote, Scott said the “well-meaning” legislation would have a “disastrous effects for South Carolina’s small businesses.”

“The provisions in the bill as it relates to paid leave place a mandate on small businesses without a corresponding immediate cash flow,” he said.

“We all agree that paid leave needs to play a significant role in relief packages, but to mandate paid leave and then tell businesses they will get it back in a tax credit, is not a good path ...,” he added.