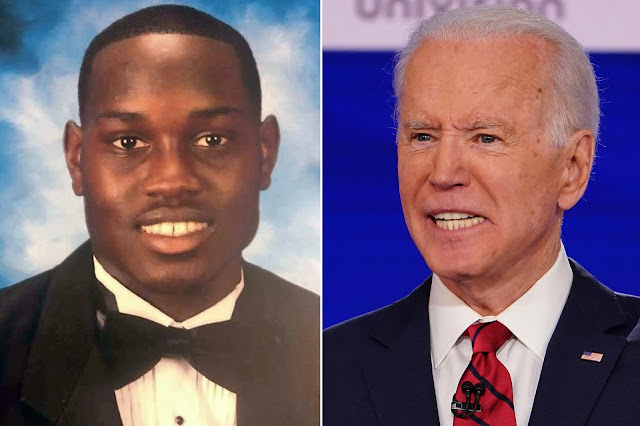 Joe Biden, the apparent Democratic presidential nominee, on Thursday addressed the brutal attack of Ahmaud Arbery, black man in Georgia, who was chased and gunned down by two white men, saying the incident amounted to a lynching “before our very eyes” and demanding a “transparent investigation.”

Biden, in his first public comments about the shooting of Arbery, called the attack a “grave injustice that claimed a life” and “that resonates in so many ways across threads of our history into the present day.”

“By now many of us have seen that harrowing footage of Ahmaud Arbery out on a jog on a beautiful day in February in Florida, in Georgia, shot down in cold blood, essentially lynched before our very eyes, 2020 style,” Biden said during a virtual roundtable in Jacksonville, Fla., with local African-American lawmakers.

“This family and the country deserves justice and they deserve it now. They deserve a transparent investigation of this brutal murder. But our nation deserves it as well. We need to reckon with this, this goes on. These vicious acts call to mind the darkest chapters of our history,” Biden said.

Biden said the attack was part of a “rising pandemic of hate” and said he’d “work tirelessly” as president to put in place measures that would allow the U.S. be a nation in which “African American mothers and fathers should feel confident that their children are safe walking on the streets.”