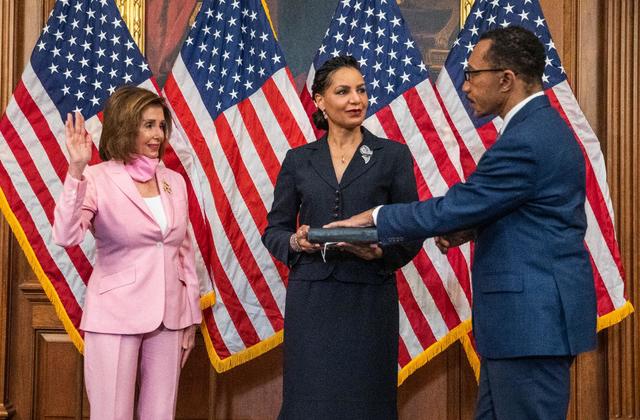 Recently, Kweisi Mfume was sworn in as the newest Member of the U.S. House of Representative for Maryland’s 7th congressional district, succeeding Elijah Cummings, who died last October. The return to Congress comes full circle, as Mfume reclaims the same seat that he held for 10 years before stepping down to become the President of the NAACP. During his tenure in Congress, Representative Mfume also served as the Chair of the Congressional Black Caucus from 1993-1995.

Representative Mfume’s return to the Congressional Black Caucus comes at a critical time in our nation during this pandemic. The CBC looks forward to working with Rep. Mfume during this historic moment to identify, fight for, and win the best legislative change to help the Black community not just survive this pandemic but to prepare to thrive in the aftermath.

The Congressional Black Caucus welcomes Representative Kweisi Mfume back to the U.S. House of Representatives and his leadership in Maryland’s 7th district.