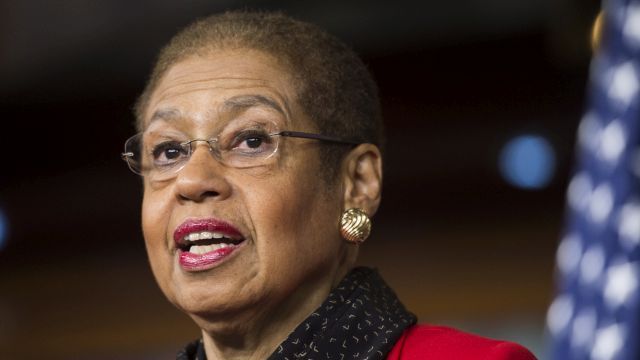 After managing the debate on the District of Columbia statehood bill (H.R. 51) on the House floor, Congresswoman Eleanor Holmes Norton (D-DC) celebrated House passage of the bill today with House leadership and her colleagues following overwhelming support by 232 Democrats, most of them cosponsors of the bill. The bill had 227 cosponsors, more than enough to guarantee passage. Neither chamber of Congress had passed the bill before.

“We are buoyed by the priority the House gave D.C. statehood at a time when COVID-19 has meant that only essential bills are coming to the floor this year,” Norton said. “We are undaunted by the lack of support in the Republican-controlled Senate, and the White House. We are certainly not discouraged by President Trump’s outspoken opposition to home rule and his attempts to control the District of Columbia and the city’s police force in acts of brazen presidential irresponsibility.

“Far from underestimating the work to come, however, our strategy is in place for full speed ahead. That strategy will soon become apparent, but today we celebrate.”