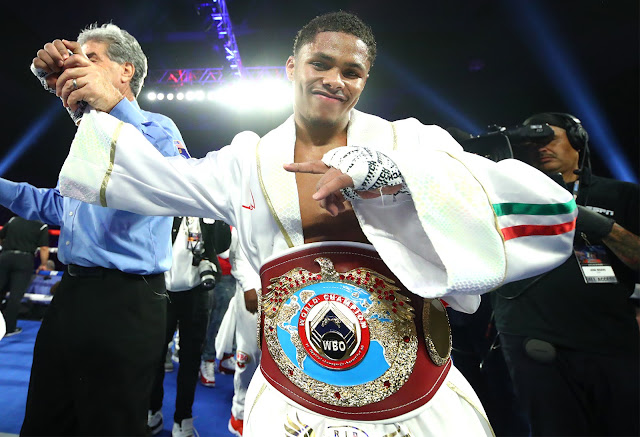 Shakur Stevenson is vacating the WBO featherweight world title to move up to the junior lightweight division.

"We're moving on up ... We're getting all the belts, and everyone at 130 [pounds] can get it," Antonio Leonard, who co-promotes Stevenson, told ESPN on Thursday.

"I just didn't want to keep making that weight," Stevenson told ESPN. "I think I should be in the rankings to fight for a title [at junior lightweight] ASAP. I think I deserve it."

"We're putting all those guys on notice at 130," said Leonard, adding that Stevenson could be ready to fight again in August. "They can bring the belt, vacate them, because Shakur's going to whup everybody -- it don't matter who it is. We're taking on all comers."