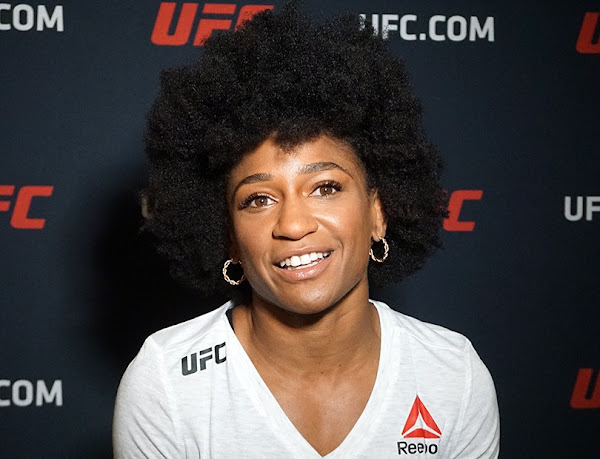 The UFC strawweight contender will become the first African-American woman to headline a UFC event the moment she sets foot in the octagon when she takes on Michelle Waterson in the main event of UFC on ESPN+ 35 in Las Vegas.

It’s a big moment for Hill (12-8 MMA, 6-8 UFC). The 35-year-old competitor feels honored to be making history for African-American women in the world’s premier MMA promotion.

“It’s big, and I didn’t even realize how big it was until (my manager) mentioned it to me,” Hill told reporters during her UFC on ESPN+ 35 virtual media scrum. “I think in a time like this, people need heroes people need someone to look up to, someone to root for. And just the fact that this hasn’t happened yet is indicative of the fact that it is important.

“A lot of people would say, ‘Why does it matter?’ But if it doesn’t matter to you, that’s OK, but it does matter to the fans who see that and they’re like, ‘Finally, finally, we have some representation. Finally we have a face in this sport that we love, and we’ve been waiting for so long.'”

Hill is happy to be making history during these times and bring representation to Black people.

“Its really cool to be a part of the Black Lives Matter movement,” Hill explained. “It’s really important, and I think people try to pretend that it’s not and call it things that it isn’t because it’s hard to look at the violence. It’s hard to say there’s something wrong when you haven’t experienced it yourself.

“I think the reason it’s so important to Black people is because they’ve all had moments where they felt in danger or they felt they weren’t considered as human as their white counterparts, and it’s not something that disappeared when (former President Barack) Obama got elected. It’s not something that disappeared once cops got body cams. It’s something that’s still hurting the community right now. I think with the pandemic that’s going on right now, with just everything just being so divisive, it’s really brought it to light and made people pay attention to how hard the struggles are and the fact there needs to be some change.”

Posted by Councilman George L. Cook III at 10:00 AM