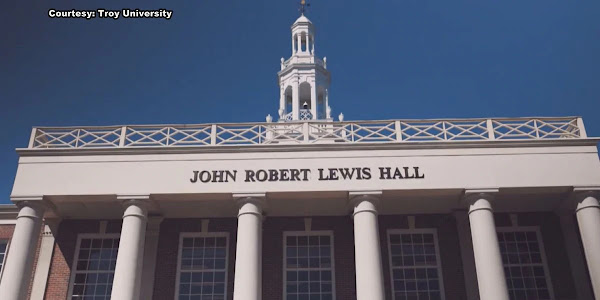 Just over a month after announcing the change, Troy University has put the new name on one of its signature buildings.

It used to be Bibb Graves Hall that was seated at the head of the quad on its main campus. But that name has been removed.

University officials renamed the building in honor of the late U.S. Rep. John Lewis in August. And on Thursday, the building’s sign officially went up.

Graves was Alabama’s governor in the the 1920s and 30s. He was also a member of the Ku Klux Klan. His name has appeared on multiple buildings in Alabama, as well as a bridge.

Lewis, who was born in Pike County, is best known as a civil rights icon and a political leader in Georgia. He was among those beaten by Alabama State Troopers while marching on the Edmund Pettus Bridge in 1965.

Lewis died in July. Troy University was the site of multiple memorials for him.