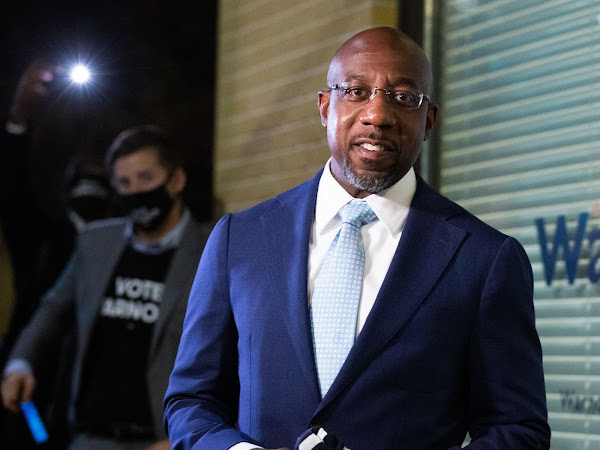 Georgia senate candidate Reverend Raphael Warnock has been falsely accused by his now ex wife, Ouleye Ndoye of running over her foot with his car in an incident back in March of 2020. The two were in the middle of divorce preceedings and were having an argument about his wife being allowed to take their children to West Africa for a funeral when Ndoye claims the incident happened.

His Republican challenger Sen. Kelley Loeffler, right wing pundits like Tucker Carlson, and other Republicans are trying to use this against Warnock although the incident report from Atlanta Police Department shows no injuries to Ndoye. Medical examiners also determined Warnock's estranged wife's foot was ok. Investigators wrote that she was hesitant to show her foot at first but once she did, they too saw no signs that her foot was ran over.

Warnock also addressed the incident and said that Loeffler is attacking his family close to the election and he is going to instead focus on Georgians and their needs.

Warnock never faced any type of charges related to this incident.