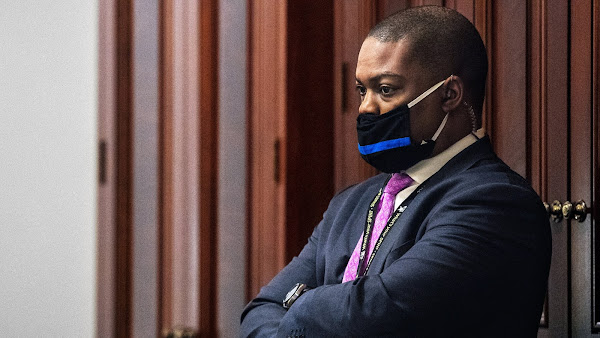 The Senate on Friday passed legislation to award Capitol Police Officer Eugene Goodman the Congressional Gold Medal for his actions responding to the violent Jan. 6 riot.

The Senate passed the legislation unanimously as it wrapped up the fourth day of former President Trump's impeachment trial, injecting a rare moment of bipartisanship in what has been a week marked by deep political divides.

The Senate broke out in applause for Goodman, who was in the chamber as they passed the bill, minutes before passing the bill by unanimous consent.

The bill still needs to pass the House, where Speaker Nancy Pelosi (D-Calif.) has said that Democrats will soon grant the Congressional Gold Medal to the officers on duty guarding the Capitol when it was attacked on Jan. 6.