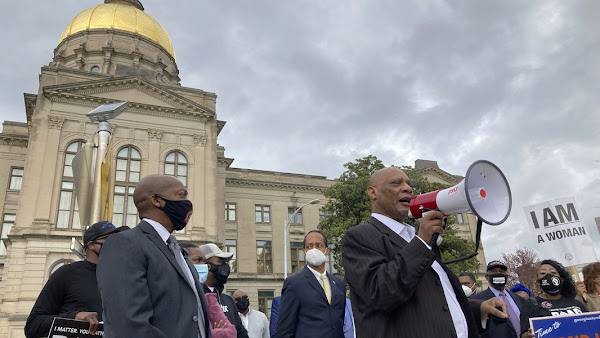 Leaders of the AME Sixth Episcopal District, which encompasses more than 500 predominantly Black churches in Georgia, have criticized Coca-Cola , an Atlanta-based company for not aggressively voicing its opposition to the changes in the state’s election laws. The new measures include additional identification requirements for absentee ballots and restrictions on drop boxes for collecting absentee ballots. Critics of the law have argued it represents a new effort at voter suppression, with President Joe Biden referring to it as “Jim Crow in the 21st century.”

Bishop Reginald Jackson, presiding prelate of the AME Sixth Episcopal District, told a rally in Atlanta, “If Coca-Cola wants Black and brown people to drink their product, then they must speak up when our rights, our lives and our very democracy as we know it is under attack.

“Boycotting is not something we really want to do. Coca-Cola is a fine company. But at the same time, we think all of these major companies have responsibilities on issues of social justice.”