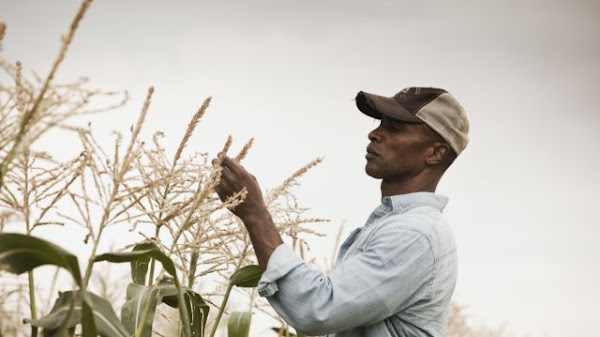 For over a century, Black farmers faced discrimination from the US Department of Agriculture and were largely excluded from federal loans and farm improvement initiatives.

In an effort led by Democratic Sen. Raphael Warnock of Georgia, the $1.9 trillion COVID-19 relief bill that passed on Saturday included Emergency Relief for Farmers of Color Act which is a $5 billion provision that will forgive debts for Black, Hispanic, Indigenous, and other farmers of color, to enable reforms that will assist farmers with building generational wealth.

Warnock's measure includes references to several other issues that are a priority for the Black agricultural community, such as heir’s property, access to the legal system, and better support from the U.S. Department of Agriculture. The goal of the measure is also to help instill generational wealth into Black farming families.

Warnock, who is the first Black senator to serve from Georgia, told Rolling Stone magazine that this federal assistance “will not only help farmers of color, but will also lift up the economies of our rural communities working to recover from the economic turndown.”

“We are one more important step closer to bringing emergency debt relief to Black, Native American and other Farmers of Color in this country,” John Boyd Jr., president of the National Black Farmers Association, said in a statement. “Generations of discriminatory behavior by the U.S. Department of Agriculture has contributed to significant economic differences between white farmers and farmers of color that directly impact their access to credit. Sec. 1005 and Sec. 1006 of H.R. 1319, the American Rescue Plan Act of 2021 will help address the ongoing effects of discrimination by reducing the risk of foreclosure and increasing access to credit.”

Among its many facets, the Emergency Relief for Farmers of Color Act directs the Secretary of Agriculture, Tom Vilsack to “pay to each lender of farm loans guaranteed by the Secretary an amount equal to the principal and interest outstanding as of the date of enactment of this Act on all farm loans held by the lender, the borrowers of which are socially disadvantaged farmers and ranchers, such that the borrowers shall be relieved of the obligation to repay the principal and interest due on those guaranteed farm loans.”