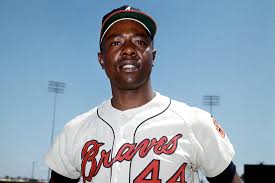 An Atlanta high school that bears the name of a Confederate Army general who was a leader of the Ku Klux Klan will be renamed for Hank Aaron, the Hall of Famer who broke baseball’s career home record and challenged racial barriers.

The Atlanta Board of Education voted unanimously Monday to change the name of Forrest Hill Academy, named after Nathan Bedford Forrest, to Hank Aaron New Beginnings Academy. School district policy requires a five-year waiting period after the death of a notable person unless the vote to change the name of a school building is unanimous. Aaron died in January at age 86, and the name of the public alternative school for middle and high school students will occur sometime this year.

Posted by Councilman George L. Cook III at 6:11 AM