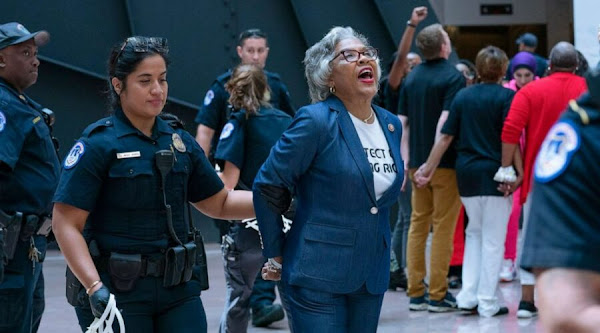 Seven minutes after walking into a Senate office building, Congresswoman Joyce Beatty and 8 others were arrested while peacefully demonstrating in support of voting rights. Watch Beatty's comments in an interview on MSNBC's The Last Word in which she talks about the stark contrast to the arrests that DIDN’T happen on January 6. “What we see is the disparity of treatment, we see the disparities when it comes to Black Americans and majority Americans,” Beatty said. “The responses to the rules of engagement are different.”

Watch the full interview below: