History will be made in Virginia on Election night as a woman of color will be elected Lt. Governor 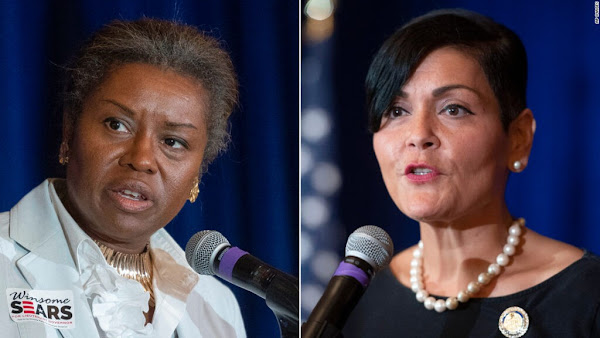 Virginia voters will make a historic choice Tuesday: They'll almost certainly elect the commonwealth's first woman lieutenant governor and the first woman of color to statewide office, cracking the glass ceiling in a state that has never elected a woman to its highest office.

Democrat Hala Ayala faces off against Republican candidate Winsome Sears for a role that is widely seen as a launching pad to the governorship — a role that's never been held by a woman, let alone a woman of color — in the state.

"I want the children, when they see me, to say to themselves: 'Well, Winsome is there. If she can do it, then I can do it.' And then you know, we move on," Sears, who is a former state delegate, told USA TODAY.

But, she added, making history only goes so far: It's the governance that matters. "If all you do is shatter the glass ceiling, and then no one can trust you, then what's the point?"

Ayala, who has Lebanese, Afro-Latina and Irish ancestry, told USA TODAY in an interview that while "representation matters," the election isn't solely about electing a woman of color.

"We must first and foremost elect the right woman of color to statewide office," Ayala said. "This is about the future of the Commonwealth. We must work very hard to continue the progress we built on," Ayala said.

A Christopher Newport University poll released Wednesday showed the two candidates in a statistical tie. Ayala has a one-point lead over Sears, 49% to 48%, which is within the survey's 3.5% margin of error.

The candidate who wins the race in Virginia will join three other Black female lieutenant governors in the nation, as Black women continue to transform their political power into leadership positions and aim for higher offices they have long been denied: No state in the U.S. has elected a Black woman as governor.