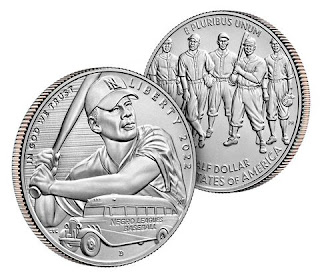 Join the United States Mint in commemorating the rich history of African American baseball and its impact on civil rights with these commemorative coins honoring Negro Leagues Baseball.

Formed in 1920, the Negro National League was the first successful, organized professional African American baseball league in the U.S. The year 2020 marked the 100th anniversary of the establishment formed in response to the barring of black and brown players from competing in the Major Leagues.

The privately funded museum is dedicated to preserving the history of the Negro League Baseball in America.

Surcharges in the amount of $35 for each gold coin sold, $10 for each silver dollar sold, and $5 for each clad half dollar are authorized to be paid to the Negro Leagues Baseball Museum for educational and outreach programs and exhibits.