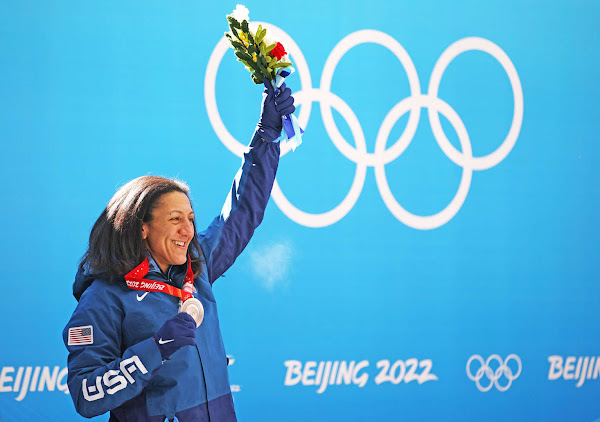 Olympic bobsledder Elana Meyers Taylor has made history by becoming the most decorated Black athlete in the Winter Olympics.

Meyers Taylor, 37, won bronze at Beijing 2022 on Saturday. The win also made her the most decorated female Olympic bobsledder. The title was previously held by Shani Davis who had four medals.

Meyers Taylor said she was a bit overwhelmed by the news.

"It’s so crazy to hear that stat and to know that I’m part of a legacy that’s bigger than me," she said, according to CNN. "Hopefully it just encourages more and more black athletes to come out to winter sports and not just black athletes, winter sports for everybody.

"We want everybody to come out regardless of the color of your skin. We want winter sports to be for everybody, regardless of race, regardless of socio-economic class," she continued. "I think the more diversity we have, the stronger our sport can be. So hopefully this is just the start of more and more people coming out and trying winter sports."

This is the fourth Olympic Games for the athlete. Meyers Taylor, who began bobsledding in 2007, also competed in the Vancouver 2010, Sochi 2014, and PyeongChang 2018 games. In total, she’s won three silver and two bronze.